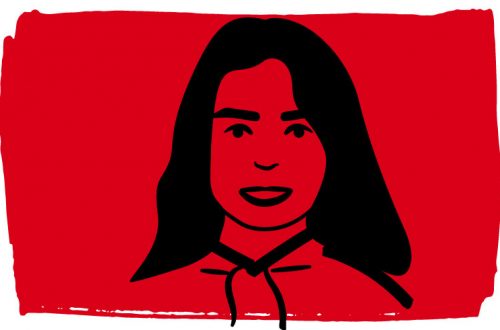 In early March, as a part of our lockdown sessions series, Dr Andrew Hann of English Heritage, talked to us about the extensive restoration and research work on the gardens at Wrest Park.

Wrest park is unique due to its examples of both formal and informal gardens, the latter being the style well established by Capability Brown, and the former less common in England, being a typically continental style.

Dr Hann showed us drone images of the site during the summer, where we could see patterns in the grass. The use of drones has meant that it’s a lot less expensive to capture aerial images of sites to reveal these remnants, (until drones you would have had to charter a helicopter or plane!).

The patterns (called parch marks) were caused by stonework and other remnants under the soil, meaning that patches of grass grow differently, and therefore have different colouration to the space around them. This gives an idea of how flower beds, in areas such as the rose garden, were laid out, and the location of earlier pathways. Equally, greener spots indicate where trees were once planted can also be seen from above, indicating the tree-lined avenues that featured earlier on the site.

We were also shown geophysics and LiDAR plots of the site, exposing what remained under the soil, the features that remained after the vegetation was stripped away, again showing us old pathways and avenues. Details that again helping those reconstructing and caring for the gardens to understand what was there before.

Sharing the importance of things like souvenir postcards, magazine photographs, drawings and plans of the site help to identify the contents of the grounds and the plants used, as well as the development of the site over time.

Dr Hann explained that the choice to recreate most of the grounds to the state they were around 1900 is easiest due to its documentation in the Country Life magazine at the time, allowing for plants and features to be easily identified and realised. The team there took advantage for the woodland areas, as the variety of clearings have been used to show the differing phases the garden went through, without having to remove the later physical changes the gardens saw.

He also explained that some of the plants still living there are often descended from originals planted years ago, and that one of the estates residents’ prolific letter writing and diary entries assisted significantly with identifying what the gardens were filled with. The gardens have much to go through yet to be completed, and there are hopes for the recreation of a barge for the canal, and a playground accessible via a cable ferry!

It was another amazing session, and I can’t wait to go to more!