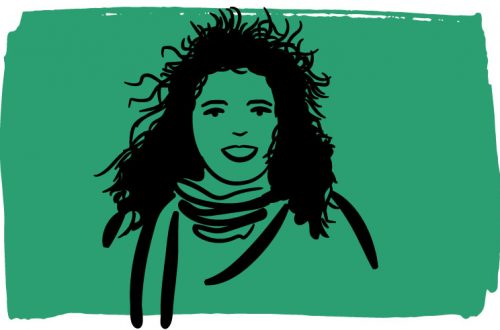 Over the last few months the Young Producers Lockdown Sessions have been fantastic for staying connected and involved while quarantine carries on around us.

During the first session on Tuesday 21st April we remotely explored the site at Stonehenge from our living rooms, bedrooms, garden sheds, and wherever else we’d managed to set up shop.

We met with Senior Properties Historian Susan Greaney over video call, getting a taste of the kind of outreach work staff involved with English Heritage properties are undertaking while sites themselves remain closed. Susan led us on a virtual tour of the Stonehenge standing stones, outlining the timeline of the site and its broader history as well as honing in on some interesting finer details.

The tour was even more noteworthy because the stones themselves are not open to the public, only accessible with special access due to the fragility of the 4500-year-old site. We looked at the orange-peel texture of the stones, created by the ancient tools that had beaten them into shape. We looked at the journeys the stones had taken, with the central blue stones brought from as far away as Pembrokeshire in western Wales.

Susan pointed out that the stones tell a multi-layered story, and highlighted that among the countless pieces of graffiti they have amassed throughout their history there is a Bronze Age inscribed dagger and the finely-carved (though nonetheless delinquent) signature of Christopher Wren.

Stonehenge was in the news the week before our meeting: the ancient mechanism for positioning the lintels atop the standing stones had been compared to that of LEGO. Susan showed us the mechanism in situ, and pointed out that where lintels had fallen and the tops of stones were exposed, raised knobs had been revealed that did indeed look like the tops of LEGO bricks.

Although this was not a new discovery: archaeologists had known about the technique for generations, and the press had picked up on the story following a Tweet put out by the official Stonehenge Twitter account. With the news full of Coronavirus stories, a relatable, fun comparison of a national icon to a well-known toy had been an opportunity for a good news article full of informative escapism.

Amid the stresses and uncertainties of lockdown, the Lockdown Sessions have been great. Through this session with Susan we ‘visited’ an iconic English Heritage site, learned about what work is going on there, and gained a great insight into the workings of the press – including how heritage is used in difficult times. Thanks, Susan!

Stonehenge has expanded its digital output since lockdown began. This has included broadcasting accessible lessons on Facebook for school pupils learning at home, as well as making preparations for a digital celebration of the 75th anniversary of V.E. Day, and a live stream of the summer solstice!