Mythology and Queer Identity in the Wernher Collection

I have been fascinated by ancient mythology ever since I was a small child and my mum let me check out a picture book on Greek myths from the library, and was promptly horrified by the liver-eating-eagles-ness of the Prometheus story. Throughout school I remained obsessed, and during my teenage years I became increasingly intrigued by the queer themes in mythology, in a way that I now know is familiar to many people who have come before me, and many who will come after. These myths, often thousands of years old, with many versions, interpretations and translations, have the power to speak to us on a deeply personal level.

A team of Shout Out Loud Young Producers, including myself, are currently working on a project to illuminate the queer themes present in the Wernher Collection, now displayed at Ranger’s House. References to Greek and Roman mythology are unsurprisingly prominent in our collection of queer objects, speaking to the power that these myths hold now and in the past. 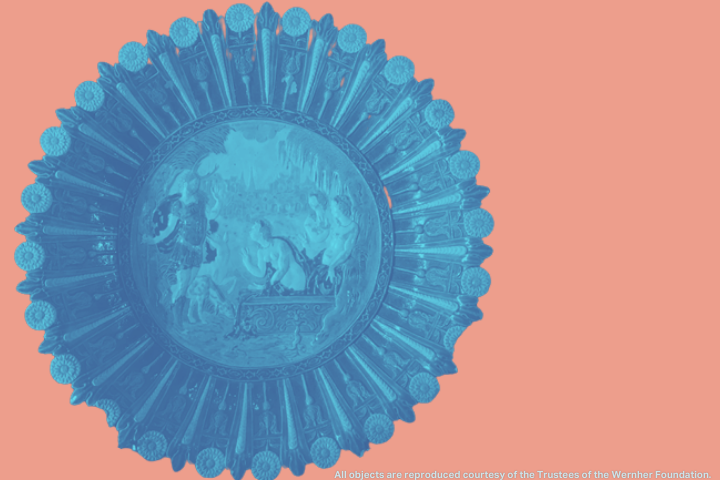 One of these objects, a plate depicting the Roman goddess Diana, the counterpart of the Greek goddess Artemis, shows the importance a mythological figure can hold for two communities. Artemis is one of three virgin goddesses in the Greek pantheon who, along with Athena and Hestia, asked her father Zeus to grant her several wishes. Amongst these wishes, Artemis asked to remain a virgin forever, often translated as to not be touched by a man, and to be surrounded by female companions. Because of this, the goddess has become somewhat of an icon for lesbians and asexual people, particularly asexual women, in modern times. Neither interpretation is more correct than the other, and it goes to show that interpretations of mythology and queer identity can vary even within the community.

Another object in the collection relates to Apollo, the twin brother of Artemis/Diana. While his sister represented chastity, Apollo is known for his pursuit of both male and female love interests. The story of Apollo and Hyacinth, one of his male lovers, is particularly prominent in the discussions of Apollo as a bisexual figure and representative of male desire.

The myth tells of Hyacinth, a Spartan prince who had caught the attention of Apollo. The story is tragic, as it ends with Hyacinth being accidentally and fatally injured by Apollo’s discus throw. In the 18th and 19th century, the story of Hyacinth and Apollo was used by artists, writers and intellectuals to discuss love between two men in a safe way.  Apollo was far from the only male figure from ancient mythology who was adopted by queer communities in this way.

Queer mythology in the Out at Ranger’s Tour doesn’t end there. We’ve done research on Satyrs and the lewd humour associated with them, on the portrayal of mythological youths like Castor and Pollux, the role of the god Eros in the portrayal of queer love, and the role of Hermaphroditus, the patron of intersex and gender non-conforming people.

The sheer number of figures from Greek and Roman mythology within the collection who have connections to queer communities from antiquity up unto the modern day, demonstrates the way that we can find familiarity in the ancient, and that queer stories have always been part of our world.