“AND REMEMBER KIDS… SMOKING IS NOT COOL.” 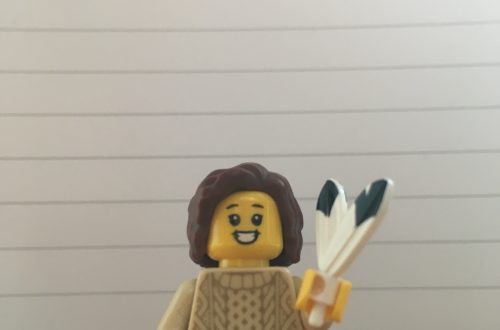 It doesn’t make any sense. For nearly twenty-one years, I’ve been told by countless adults in school, on the telly, and round the back of Waitrose, that smoking is TERRIBLE. And yet there I was on a Friday evening, live streaming to the youth of Earth and spreading the message that Smoke. Is. Cool. Not only this, I had THREE PROFESSIONAL ADULT-PEOPLE backing me up! Had I been a victim of fake news? Was I, perhaps, still in my anaesthetic dream from when I broke my arm in 2008?

The answer to both of these ridiculous and mildly existential questions is: no. Obviously, I’ve been using wordplay this entire time to trick your little brain into reading this post; you’re a good portion of the way in now, so you might as well read the whole lot.

The purpose of this live stream was to introduce people to the relatively unknown history of Berwick Barracks’ longest-kept secret – smoke drawings from the 18th Century. As the newly assigned YouTube Content Creator for Shout Out Loud, it’s my job to bring relevant and intriguing information to young people, in a format which is tailored to them. Now don’t panic, I’m not going to teach you all about the barracks today, I’m going to SURREPTITIOUSLY leave the link to the live stream HERE (let’s get it viral!). What I will be discussing is the process of putting that broadcast together in what was my first week on the job.

So, when you’re approached to host a program about something you have 0.0007% knowledge of, you say yes blindly and THEN research the subject. This sounds like a joke, but it’s true. Throw yourself in and then your research will be streamlined with what the demands are. You’ll pick up on the facts which you know you can work with as a presenter and let them inform the structure you’d like the overall project to take. In this instance, we were also taking the time to celebrate work that Shout Out Loud had done earlier in the year (when you could legally hug people).

The project worked with members of the Flodden Young Archaeologists Club to investigate the drawings, the soldiers that created them and to then produce modern smoke drawings. We were blessed with the knowledge that we’d have a few clips from an upcoming video about the project to show in the live stream, so it felt obvious for those to serve as bookends for different topics. My much-better-prepared-and-generally-more-informed colleague, Fiona (who you’ll see strutting her stuff in the live show) had sent all those involved a rough structure of when each guest would be presenting their pieces. I digitally met with Fiona and we both very swiftly concluded that this show would benefit from having a relaxed and conversational feel.

“Always justify your mode of communication.”

We knew what we’d be discussing, the order of the conversation and the tone we wanted to set. The next thing to consider was how to successfully express this in practice. I came up with a couple of ideas that I thought would be useful (by which I mean *klaxon* fun *klaxon* icebreaker *klaxon* activities):

Each section of the conversation had some visual content to share, whether it was catastrophic art skills, a PowerPoint about the project, a quiz or a documentary clip. This is ESSENTIAL. Otherwise, it may as well have been a podcast. Always justify your mode of communication. This also mitigated against any disaster scenarios where a guest had to drop out and be replaced by another relevant expert, someone’s internet connection broke, or a meteor struck earth – there was always content to latch onto.

But how do you keep the show smooth? *Turns to camera and scoffs* “Well, Clive, there’s no moisturiser for situations like this.”. The answer is an invisible team of legends. We had someone managing the comments, someone transferring questions from viewers over to me, someone deleting information we’d already covered from the autocue (a glorified Google Doc), and someone broadcasting the WHOLE show from one tiny laptop.

We all got on a video call before the live stream to get a conversation flowing, once the call went live, we just steered our chat onto the subject matter. This is a great technique if you need to swiftly relax your audience into a free-flowing broadcast.

And then, like a candle in the wind (sorry), the show was done. Myself and my guests felt like we’d had a really stimulating conversation which was enlightening, surprising and entertaining in equal measure. As wild as the idea sounded at the start of the week, I ultimately think it was such an enriching way to start a new job. I got to meet people from myriad fields of expertise, see content being created in a time-sensitive environment, and to understand more intricately Shout Out Loud’s work. So next time your new boss asks you to host a live stream about something you have no knowledge of, there’s only one sensible answer – “absolutely not”. Unfortunately, the sensible answer isn’t always the right one. IKC

“And then there was Brideshead of course”

I’M A POET AND I DIDN’T EVEN KNOW IT